I will be watching all 5 nominees from 1968 before I move on to the next year. The goal here is to watch them and have an internal discussion among them to try to piece together a “history” of the year. Let’s get to it. 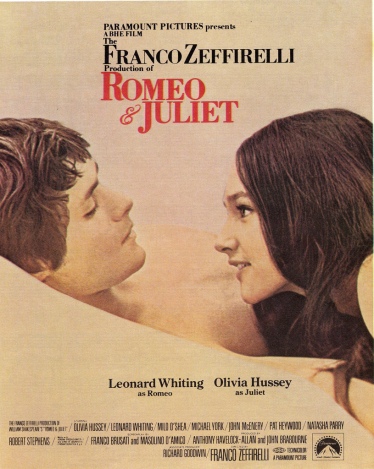 All film in its respect is an adaptation of some written piece: the difference, in Oscar terms is whether the screenplay was written specifically for the purposes of filming (Original Screenplay) or not (Adapted Screenplay). Perhaps counter-intuitive, the category for Best Adapted Screenplay predated Original Screenplay by 11 years. But perhaps not: as a fledgling industry, motion picture needed to build a book of work, as a whole, before it would attract writers specifically for the purpose of making a film. Writers had been writing scripts for the stage for perhaps millennia; the technological leap had perhaps been too much early on, especially with the world in a topsy-turvy state. In contemporary filmmaking, it is difficult to pierce the mind of an author who writes a book – for the purposes of having a team adapt it to the stage or screen. Shakespeare, Bard extraordinaire, wrote exclusively for the stage and for the ear (his sonnets), but nearly 400 years after his death, a group adapted Romeo and Juliet for the screen to raucous success. The story, as old as time immemorial, required little updating; one might argue that it fits perfectly within a film’s environ, length, and arc. Shakespeare himself could not have imagined how modern playwrights would vivisect the story across generations, but the original holds up as a piece of modern adaptation unmatched.

William Shakespeare’s tragedies and comedies translate more readily to the screen than do his histories, and Romeo and Juliet is perhaps the least audacious and most true-to-form that it reads as both a tragedy and a history – even though we assume the story to be a concoction of the Bard’s brain. We know that he did not outline the story, but adapted a verse-to-prose-to-play version with which the modern audience aligns most closely. The tragedy of Romeo and Juliet remains patently obvious to the reader who will watch the film all the way through; the allegorical death of love. But the history of it had been written, and will continue to be written as long as love plays proxy for time.

No other Shakespeare adaptation sits so squarely at this collision; Sir Laurence Olivier’s and Sir Kenneth Branagh’s work, while true to script and accurately emotive, feel rooted in place and time. Modern “adaptations,” like O and Ten Things I Hate About You feel reminiscent of their own time and place, worthy in their own right as bastions of 1990s culture. George Cukor’s 1935 film, (also Romeo and Juliet) feels rooted in its own time; technological limitations remind the reader that she is watching an older film, which is valiant, if not immutable. Meanwhile Romeo + Juliet, Baz Luhrmann‘s unworthy, pandering, pastiche remake, strips down both its tragic elements and its historical roots, and replaces them with neither, making it instantly forgettable, if not leaving the reader with a taste of week-old coffee grounds in her mouth. Foreign adaptations, including Akira Kurosawa’s Ran (Macbeth), while worthwhile, are removed from the original, as much as any adaptation of Russian or Spanish literature feels when translated to English, then acted on stage or screen. The idea is there, but is muted because language conveys more than just words, but in fact the history and tragedy of its speakers.

Actors Leonard Whiting and Olivia Hussey, young and vulnerable themselves, provide the lasting impression that this adaptation of Romeo and Juliet was crafted to convey its message without the overwhelming weight of History and Tragedy pushing the film forward. As a result, 1968’s Romeo and Juliet is light and nimble, and devastating. The deaths symbolize nothing but death itself, and instead of the film pushing message, it pushes story and character. That Hussey, seventeen at the time, is allowed to display her nude female body, is not anti-pornography and is not a statement for non-sexuailzation. It is instead a natural representation of the nubile as antithesis for death and tragedy. That “history,” the modern commentary, and that too often Romeo and Juliet’s notability traces back to “underage nudity,” is a bastardization of the intent. What a tragedy.

Oliver! took home Best Picture in 1968 – another historical adaptation (Charles Dickens’ “Oliver Twist”) – over Romeo and Juliet, Rachel, Rachel, Funny Girl, and The Lion in Winter. The real historical tragedy for 1968 is that 2001: A Space Odyssey won a single Oscar, and was not even nominated for Best Picture, even though, in retrospect, it holds a stronger position across the history of film than perhaps Rachel, Rachel or Oliver! even though contemporary critics clearly disagreed. We know, just a year later humankind landed on The Moon for the first time, opening up a realm of conspiracy still not undone to this day. Stanley Kubrick, 2001: A Space Odyssey’s famed director would continue to explore this theme throughout his career. Oliver! will continue to be remembered as a whimsical winner, remembered more for its short run up as an adaptation (the play premiered in London’s West End in 1960) than any sort of historical, zeitgeist significance.