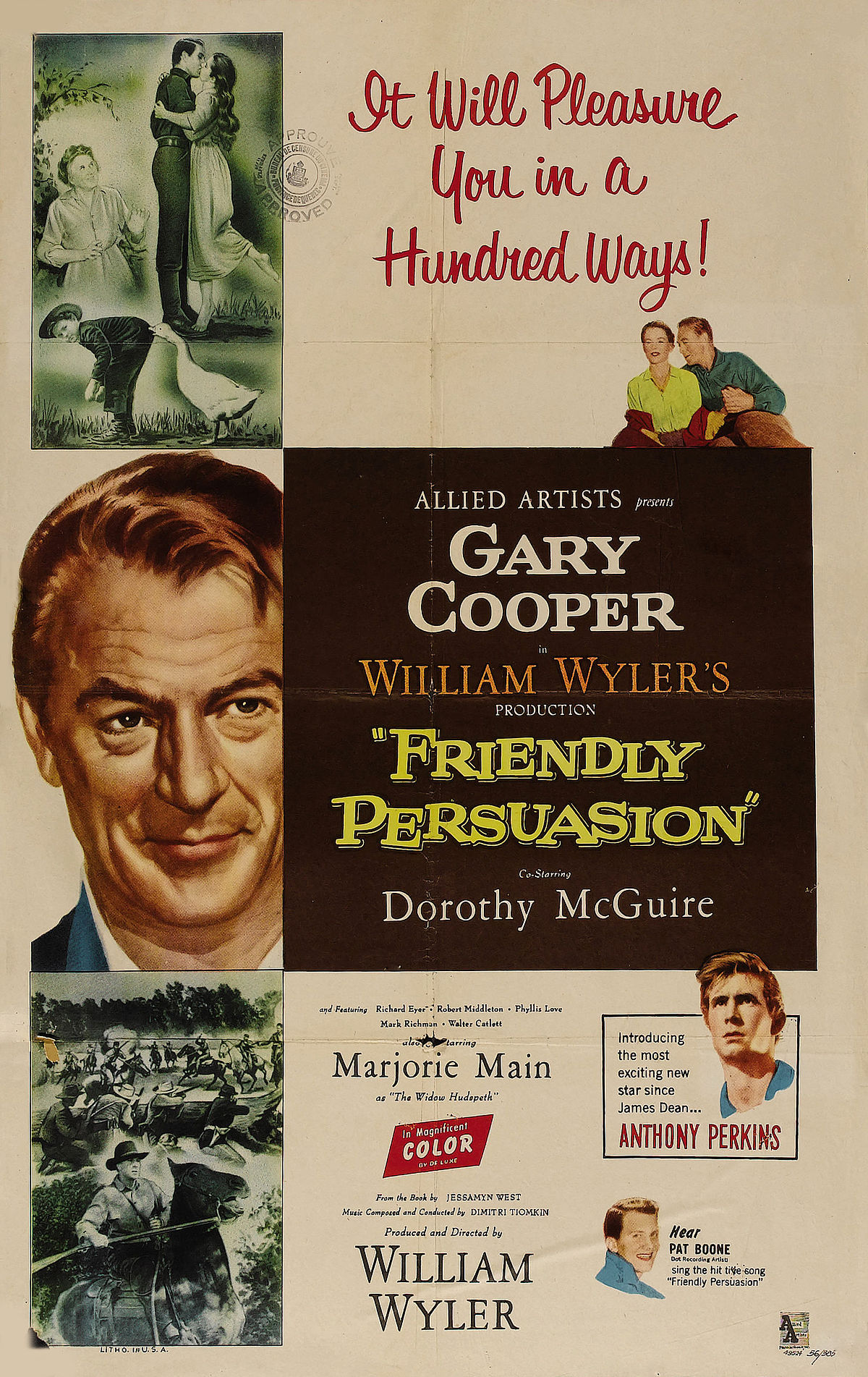 Without a whimper some movies – wager half or more of the 546 movies nominated so far for Best Picture – fall out of the consensus consciousness. Musicals, memorable, often last longer than say, a period piece written contemporaneously and are destined to be stuck there. Old films that strike a memorable dent in their medium, say Citizen Kane and 2001: A Space Odyssey, continue so through essayists who all have a new take on it (they don’t) and families who insist they know film (more likely) needing to pass it on to their sons and daughters, lest the lore get lost. Other films, period pieces about period pieces, are destined to be buried within their own time, with neither sharp pen nor advocate to fight for it.

If Friendly Persuasion has yet to cross into the national conversation, it is unlikely to ever. Ask anyone what movie won Best Picture in 1956, let alone the other four films nominated; some might remember or guess Around the World in 80 Days. Others would guess Gigi. (Does it matter?) Counter: only the most dedicated film buff can name all 500-plus films at any given time, and even then, it is unlikely that this film comes to mind. The why is obvious, a more interesting question is the why not this one?

Friendly Persuasion is antidramatically left off best-of lists, and the web barely has a criticism of it, save for a few “Gary Cooper, listless as ever…” hot takes. Even its Wiki has gaps in its plot summary. It was neither William Wyler nor Michael Wilson’s best known or most accredited work and its permanence did not aggrandize during a period of consistent blacklisting. Despite seven nominations, it won zero. Is this what happens to a film that comes up nil – Oscar graveyard? How long after its rollover did the public lose contemporary, then historical interest in Friendly Persuasion? It is now over 60 years old and has not quite held up; we are less religious and less interested in the combination of a now-historical film about a historical age then and this combination with puritanism has not and will not continue to stand the test of Public time.