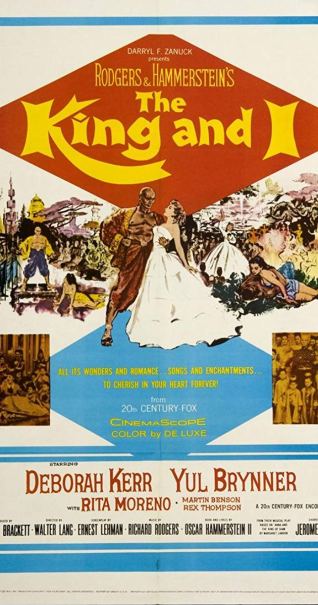 Audiences of a certain age remember the now-bizarre struggle to maintain VHS recordings of their favorite programs and movies. During its 30 year dominance, the Video Home System was the singular standard for analog, portable video production and consumption, fully defeating Betamax’s inability to match functionality and consumer preference. The struggle, decades later, seems almost laughable: physically rewinding tapes after viewing, the constant threat of a tape jam, metallic tape depreciation – diminishing returns on each subsequent viewing – and finally physical clutter. Older audiences recall not having this struggle at all; recording anything was a tremendous accomplishment, and doing so was a marvel of technical skill and fiscal independence. New audiences, infants who can use Netflix instinctively, also recall not having this struggle given the death of the VHS when digital media, the DVD, took over.

Access to nothing and everything is almost the same. (Almost) every piece of media is available instantly now across too many platforms, so figuring out what to watch is no longer limited to what is currently on a shelf, but how long a person will spend scrolling through endless content. Both might be paralyzing, but for different reasons. For the film critic and historian, having access to an obscure title with a click is essential; but the critic likely has a decision matrix and a mental map of availability. The average viewer? The person looking to unwind after a long day? No clue, and why would they? There’s no structure or routine that the VHS, then the DVD, provided. A person’s evening would almost be better if the Internet made the choice for them, and just quit.

In 2001, my family first made the switch from VHS to DVD. The handsome Disney and Mel Brooks collections on our shelves would soon be decoration. Our first DVD was The King and I, seeing as it was the title my father recognized out of our library’s massive collection of four. At the time, my 43 year old father connected dearly with the 44-year-old movie; he was a fan of musicals of all kinds, and a fan of Oscar winner Yul Brenner as the precocious, permabanned-from-Thailand, eponymous King Mongkut. The King and I was an ideal introduction to DVD technology. It included an Overture, Entr’acte, and Exit Music to chop The King and I into halves and chapters. A VHS user would to continuously fast-forward and rewind if not interested; the DVD user pushes a single button and the only way to degrade the movie was to treat the DVD like a frisbee. END_OF_DOCUMENT_TOKEN_TO_BE_REPLACED

In addition to this arduous and worthwhile task, I’m going to reorient this blog to include posts from David Parkinson‘s excellent book, 100 Ideas That Changed Film.

Every post will still cover a single film nominated for Best Picture, and will still attempt to tell a story about representation and world history told through film. But I’m interested in also now seeing how the film industry has drawn on technical challenges and changes to update how directors and producers tell stories. It would seem the stories themselves change very little, but the ways in which we tell them, and the cast of characters used to make a point are constantly evolving. So in addition to “Should this film have won Best Picture?” I’m also going to explore how this film, maybe not in particular, embodied an “idea that changed film.”

The change will be mostly unnoticeable, but for the title change and its organization on the web. I won’t be taking this list in order either. The current plan is to hop around and treat the “100 Ideas” as another checklist. I’m hoping this additional parameter helps me better analyze why a film was made like it was, how it contributed to the canon, and if the shift in “how” translated more to “why.” 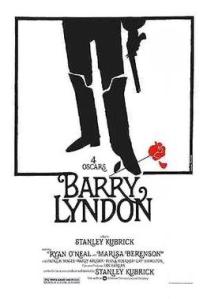 Three-hour-long movies that feel like half-hour sitcoms are a treasure, and are extremely rare, especially that the style has shifted, almost totally away from this format in recent years. Labor has gotten simultaneously cheaper (software does a lot of the editing grunt work) and more expensive (it takes more specialized experience to run it). Budgets have expanded, and massive returns are expected. The blockbuster has shifted mediums, too, from the physical block, to eventually, the blockchain. Streaming and massive distribution is king and finding an unhappy content churn is the profit-maximizing middle where original thought dies. The three-hour-long movie better damn well have an expanded universe or audiences will continue game out effective bathroom breaks. Three cheers for the return of an intermission.

Attention spans have waned with the increase in media outlets: why would an audience spend minutes – seconds even! – on one platform when the next platform has the next cultural missive ready to go. There will be a time in the early 2020s (check me on this, future readers) when the splintering of services will bundle into packages customers can buy; it will have regressed into neo-cable, with each platform owning exclusive rights to content, removing consumer choice from marketing paradigms. Instead of driving subscriptions, this non-coordinated market abuse will drive a significant portion of people who might buy one or two subscriptions to steal the content. Eventually the funding will run dry and the islands of content will become deserts. Nostalgia will be the only currency in which these fake-monopolies trade. Forget monoculture. Remember protoculture.

The point here is that there is very little room in today’s marketing/content churn environment for a director – let alone Stanley Kubrick – to film a Thackeray satire. This three-hour epic, Barry Lyndon, does read like vignette of half-hour shows, told anthology-like through a narrator we’re supposed to believe is reliable. Barry Lyndon‘s eponymous Redmond Barry is the tragic farce of stale upper crust Thackeray was known to lampoon. His narrative arc is as long as Kubrick’s shots are wide. His character portraits are eloquent, but backloaded. Action is sprinkled among shots that double as paintings. Barry Lyndon requires an attention span and a patience audiences no longer possess en masse. Students of film know and love this film for its technical innovation and its warm, true-to-tone adaptation of Thackeray’s “The Luck of Barry Lyndon.” An everyday audience, the one whose billets-complets fill Disney’s pockets, has no use for this low-budget movie. Even casual Kubrick fans dismiss this as Kubrick’s passion project; it is, and it is impossible to edit down. END_OF_DOCUMENT_TOKEN_TO_BE_REPLACED

The first Oscars set no precedent.

The “ceremony” was a cloistered affair, offering little fanfare and no vaunted halls. It wasn’t even called the “Oscars” until sometime later with competing apocrypha clouding the chaotic 30s. The categories resembled their modern counterparts, but also didn’t. There was a category for “Best Title Cards” sometimes referring to (no specific film); two distinct directing awards – one for comedy and one for drama; two actors nominated for their whole body of work from the year, and three actresses for the same; there was a category for best art direction. Surprisingly this category lasted until 2010, when it was renamed “Production Design.” The first Academy Awards awarded two films, co-equal, “Best Picture” — one called “Outstanding Picture” and the other called “Most Unique and Artistic Picture.” Retroactively, the Academy decided to consolidate the top honor into a single choice, thus orphaning three films that aren’t even counted in the total, official count.

One of these films is Chang: A Drama of the Wilderness, and it isn’t like its contemporaries, or really any movie nominated for Best Picture since. It is ostensibly a documentary with a loose narrative attached. As is the case, no “cast” exists. It does track a man, his family, some elders, and a host of animals that are competing for a limited space in the jungles of Siam in the mid-1920s, pre-modern, pre-almost-everything. The film is really about the absolution and decimation of a natural space in exchange for Man’s progress. Curiously, the filmmakers treat the experience agnostically, choosing to treat their audiences to the sighting of animals they most likely hadn’t seen before — tigers, monkeys, elephants (“Chang”) — slaughter and trappings included. As it stands, Chang is an unintentional relic of its time and environment. END_OF_DOCUMENT_TOKEN_TO_BE_REPLACED