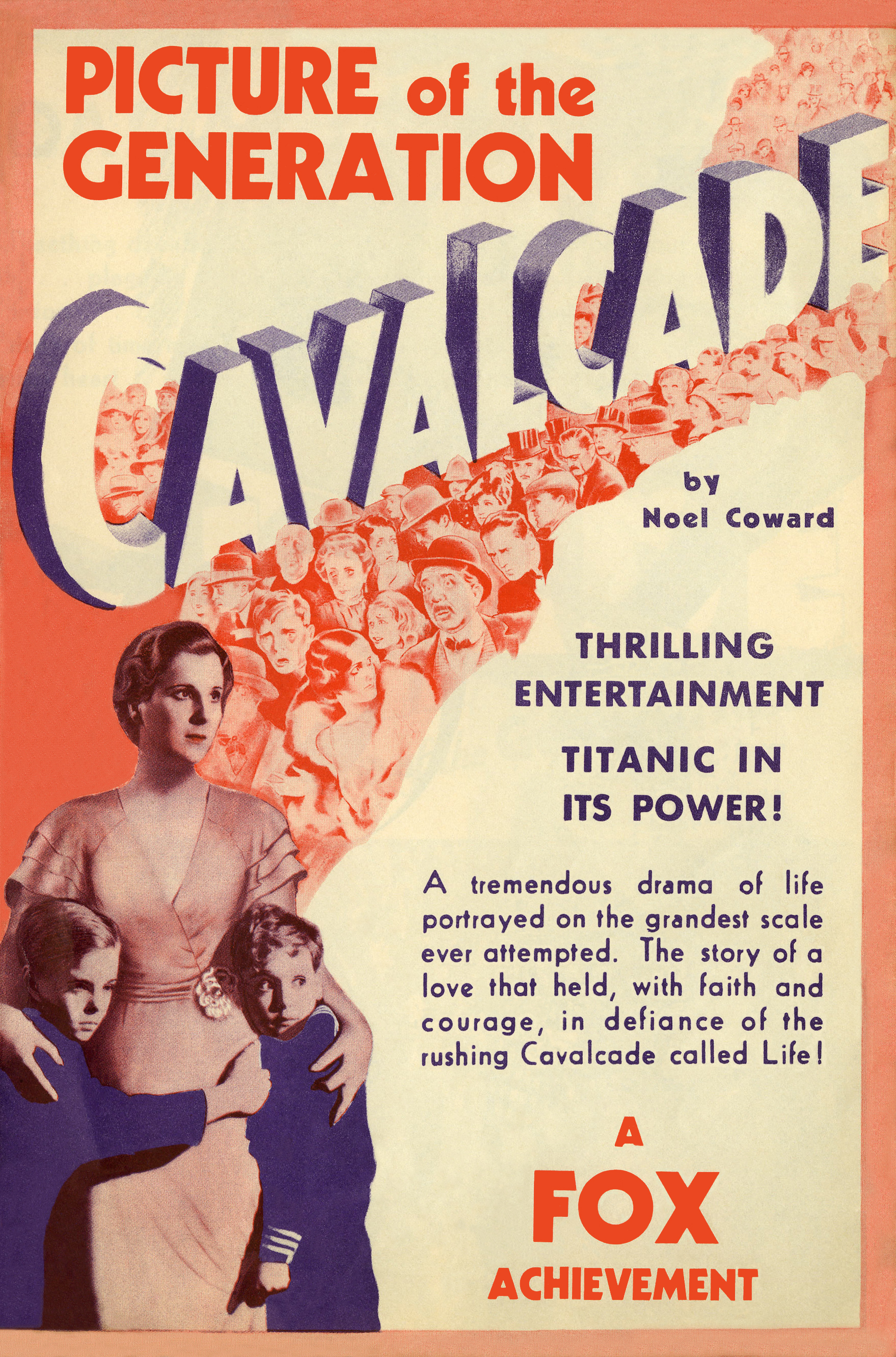 In Cavalcade, director Frank Lloyd demonstrates his understanding of this concept by pitting his aristocratic family against abstract concepts, like love, death, tragedy, and war and following them through the muck, deterred and fazed, but dutiful to the most abstract concept, time. Thirty-four years pass from New Years’ 1899 to New Years 1933 and our family, wealthy but sympathetic, has grieved in great loss of their two sons. The legacy is confirmed by time but time waits for no sorrow like the present. Here this family sits, 34 years after Father Gilbert ships off to South Africa to fight a spectre of an enemy, and Sons Sullivan fights against Titanic’s Iceberg and against global inertia in the Great War. There is a great sense of duty among the Marryots. This movie is well-set-up to predict that the next Great Conflict will end them, heads held high. Only at their end, and with reflection, and balanced on the pinpoint precipice of World War II, does the meta-ness start to show, and with it memorable brilliance.  END_OF_DOCUMENT_TOKEN_TO_BE_REPLACED 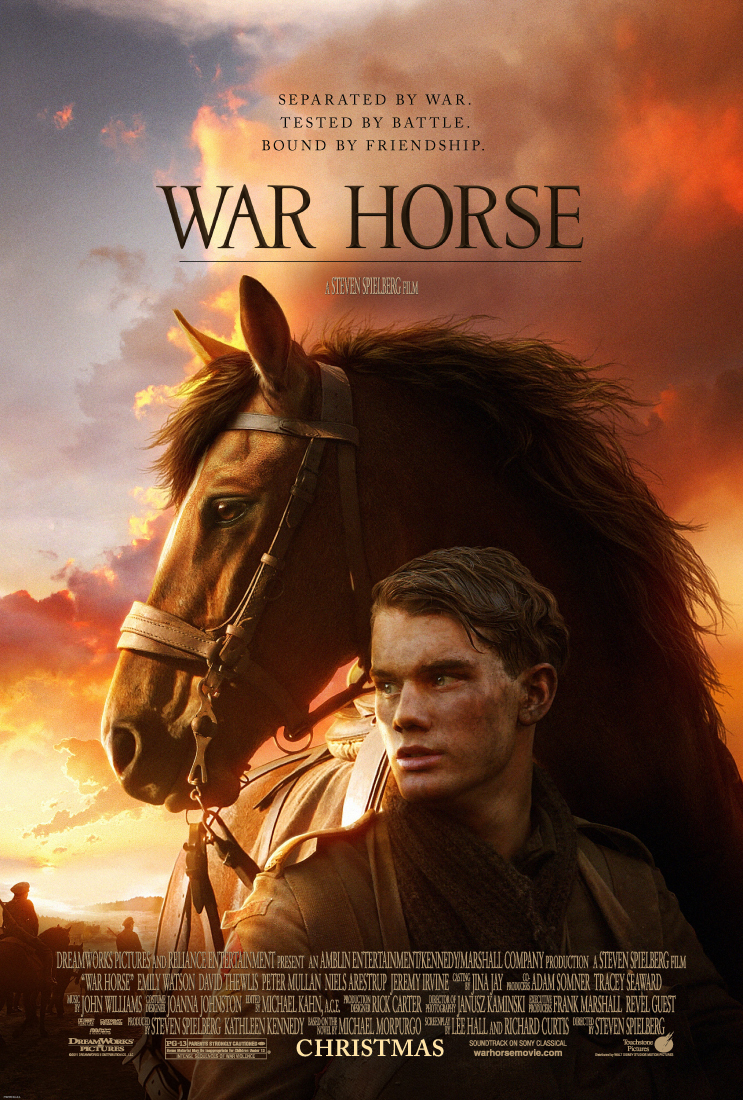 Movies like War Horse are terribly misleading. Movies like War Horse sell the audience on emotional resonance through distance and time: that any situation can be made good if we just throw enough stimuli at it. Not only is this misleading, it’s dishonest, and if our goal is to make a movie fun, then producers of movies like War Horse certainly think lying is the most fun. We can pass on this movie as a piece of serious art and a piece of frivolous fun, mostly because it’s almost three hours long and the main point seems to be “this horse can survive through WAR, what are you doing with your life?”

The trope isn’t new and this particular iteration is not even that bad. The movie is a fine Steven Spielberg epic, though not coming anywhere near Saving Private Ryan for its depth or E.T.: The Extra-Terrestrial for its reach. Each smaller story plays as a vignette that serves its higher purpose, which is clear, but we don’t ever get the chance to explore whether this idea is particularly interesting or if we are just supposed to like it because we are supposed to enjoy and respect war, and horses. Why wouldn’t we respect a movie about both? Because at the core of the human experience is a deep aversion to feeling the fool. Movies like War Horse are more manipulation than movie — they’re neither tongue-in-cheek nor overtly serious, like Saving Private Ryan or even, perhaps especially, Schindler’s List. When an audience member must decide to like something outright based on an invented consensus, the floor falls out faster than a horse hoof hawking hogwash.

Other movies, somehow and somewhat offensively geared toward “confused women,” like The Divine Secrets of the Ya-Ya Sisterhood or The Sisterhood of the Traveling Pants treat the idea of the magical, fixable object with little to no deference. We aren’t supposed to care about these movies and they aren’t made to win Oscars, they’re made to make people feel a sense of completion. In that way, these movies are rounded-out narratives, even if the story feels flat. The simple hero’s journey in about 100 minutes is not a bad way to spend two hours. But with prestige, even faux-prestige, comes with expectations that have to be managed. War Horse cost someone over $66 million to make; even though it took in a two-point-five times return on this investment, this movie begged for Oscar nominations to reinforce the weight of its convictions, even if, again, without Spielberg and a Christmas release, the schlock doesn’t really weigh anything.  END_OF_DOCUMENT_TOKEN_TO_BE_REPLACED