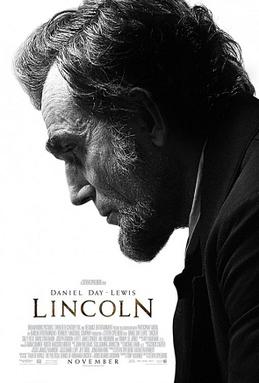 It moves incredibly slow, but it isn’t paced badly. Daniel Day-Lewis and Tommy Lee Jones act with aplomb, and their performances are memorable, as are the real-life characters they portray. Lincoln doesn’t linger on the 16th President’s death so much as the war he fought against the Confederate insurgents. It does spend its whole running time counting beans and exploring the actions of those who would support or oppose the 13th Amendment, freeing the slaves permanently, after the insurgent South sued for peace. Lincoln supposes that Congressmen and Senators from the 1860s spoke solely in soliloquy. On and on Daniel Day-Lewis does justice to Abraham Lincoln, the politico, and has his audience swimming in the deep end policy consideration. This movie spends time poring over a piece of parchment. It is a boring movie and it took me four sittings to get through it.

Lincoln is also fantastic and should be celebrated.

How can both of these things be true? If the purpose of a movie is to entertain, and the purpose of a film is to instruct, where do we reconcile? Good films lie somewhere in the murky center of this distinction – fun, but informative. The best films teeter on either edge: Lincoln just misses either distinction, and tumbles too far into “instruct,” and it is hardly “fun.”

The acting, while generous nuanced, is overrun by indulgent monolithic speeches and sterile set design, which is distracting. The lighting, while conveying a mood, is the exact specifications for a light nap on the veranda. The sound editor made sure that the voices and background music hummed at white-noise levels.

But: if the audience forces itself to pay attention (which is worthwhile) it can learn about how the 13th Amendment was passed, and the motivations for the how and why of it. This story is not often told in history texts, largely overshadowed by a two-foot brush of Abraham Lincoln’s other accomplishments: his Gettysburg Address, the Emancipation Proclamation, and his death at Ford’s Theater in April of 1965. But the message in Lincoln is revelatory of post-Modern America before this mindset had sunk in: before assuming everyone of the same ilk will vote the same way, break up the Democrats (which were 19th century Republicans, before party realignment in the 1960s), find what each member truly fights for, and promise what he can to appease him. Lincoln was America’s first truly dialectic president, aware that not every (D) was a demon.

Lincoln, however, is a boring movie. It is 160 minutes long and a majority of these minutes finds a man plucking his beard searching for wisdom in his pores. There are only allusions to the whips and chains his administration was trying to slash; the only shots fired were veiled (or not-so-veiled) insults to each other in the House Chamber when the Amendment was introduced and voted on. This movie is CSPAN as scored by John Williams.

Every American should watch Lincoln in high school civics to learn about political process. Every adult should swallow 3 hours and watch it for a masterclass in acting from this ensemble cast and to understand how Reconstruction didn’t just happen. Every person should scratch their head as Argo won Best Picture in 2012, splitting the difference in an unusually strong year that also included Zero Dark Thirty, Django Unchained, The Life of Pi, and Amour. It is a bizarre shelving to say the least.