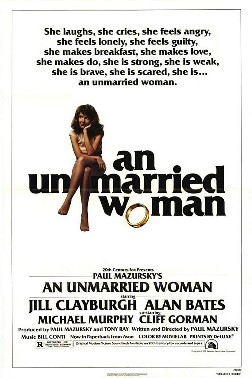 Thousands of years of male dominance has told women to shut up, sit down, and do as they are told. This has always been wrong and a lot perplexing to even the most progressive mind. How could an entire gender be designated “other” and inferior? Women’s liberation had been a long time coming and it used a strong media strategy and political campaign to break the shackles of expectation and subjugation. Men, oh men, did not like this one bit; while women went high – garnering lots of support and progressive change, men – somehow turning a positive movement into a negative attack on their every fiber and being – went low, or so it now seems. The underside of the women’s liberation movement, hiding in plain sight but without the thrust to make it stop, reared its ugly head in late 2017 after decades of rumor and manipulation, rug-shuffling, and horror and contempt.

Sexual assault, the unwarranted advance and action of one person toward another (overwhelmingly men preying on women), has most likely always been a deep seed in human culture.  But until the clock struck midnight in the waning months of both 2017 and of personal privacy and freedom, it has been quiet.

This is no longer the case and it is hardly a coincidence.

The backlash to men no longer being able to corral women – “own them” – was a Red Pill dismissal of their right to organize and present themselves as human beings. It’s belittling to everyone involved because a ferocious right to one’s own body and morality is no one’s to give but one’s own self. Chauvinists dismiss a woman’s right as precious and meaningless; they are wrong. “Nice guys” present as harmless, but are reptilian and have hijacked someone else’s perception of morality as their own; they too are wrong. Not everyone is at fault for the way the world has unraveled, but it everyone’s individual and collective responsibility to dig deep and bridge the gap between acceptable behavior and horrid, life-threatening, unwanted behavior.

For its progressive tendencies and tender treatment of mental health and sexual liberation, An Unmarried Woman does not explore this idea in-depth, instead choosing to treat Jill Clayburgh’s Erica Benton as infantile and fragile, and ultimately somewhat capable of “surviving” without a man to save her.

A lot of this film is fair and purposefully progressive. Erica’s ex-husband, Martin, undervalues Erica’s strength and power as a person first, woman second, wife third and mother fourth, and chooses to indulge in fantasy by leaving her for a younger woman. Erica, distraught, but ultimately written as wildly confused as to why he would do this after so many years of marriage and “trust,” falls apart. She dives into a deep depression and period of confusion and rage.

Writer and director Paul Mazursky delves into fashionable and progressive tropes throughout this film: a group of equally disenchanted female buddies on whom to rely, therapy as an accepted and liberating practice, a precocious daughter who can help Erica relearn how to have windfall but ultimately short-lived infatuation. The part where this film fails, and fails often, is its continued reliance on men to define Erica’s existence. “She can only be truly free once she realizes that a string of men no longer define her.” For such a progressive take on human frailty (not fragility), this blunt storytelling and men-y-go-round montage is somewhat disturbing. Even if we view An Unmarried Woman through its present lens – hard to do given the current climate – this could have been handled differently and more poignantly.

Erica experiences unwanted sexual encounters throughout the film, whose script makes these encounters seem normal, almost like a rite of passage for Erica to “find herself.” This treatment happens twice, when the script hoodwinks the audience into a romantic relationship based on mutual attraction. What seems like genuine relationship between Erica and Alan Bates’ Saul, a sensitive, gruff artist, is still defined through the male gaze. Saul gets the pastiche of seeing women as people, but is ultimately disappointed when Erica chooses herself over a summer in Vermont with him, where Alan can use her as a muse and distraction from the tedium (freedom?) of a technology-free 1978. And maybe love her.

Saul’s disappointment and cajoling is not nearly akin to sexual assault, because he does ultimately leave without gross behavior, but is ultimately disappointing for a film billed as a reflection of women’s lib. The end just sort of fizzles, though with a positive potential future for Erica, one that finally forecasts a future that’s Erica’s choice.  But the film could have done more with its broad platform.

The film could have, for example, explored Erica’s relationship with her daughter, explored Erica’s relationship with her city and her immediate environment, explored a changing dynamic within her friend group, or just followed Erica around for two film-hours and let her just do whatever the hell she wanted. Instead this film’s thesis is to get Erica married again, and throws in a blunt-edge twist again when Saul leaves Erica to her very own self. An Unmarried Woman focuses on the wrong part of Erica’s future, after it made very clear that her immediate past, present, and immediate future were not truly hers.

The Deer Hunter won top honors in 1978 – and for good reason. It was the first formidable, honest deep dive into Vietnam since the United States hobbled out of the conflict. It was a masterful, true to form opus and should be stamped as a national temperature-taker for the late 1970s, whose mood oscillated between war-weariness and women’s lib for at least the immediate brackets of 1978. The other nominees (Heaven Can Wait, Midnight Express, and the usually damning other Vietnam flick, Coming Home) hold up, but not a candle to The Deer Hunter‘s tour de force.